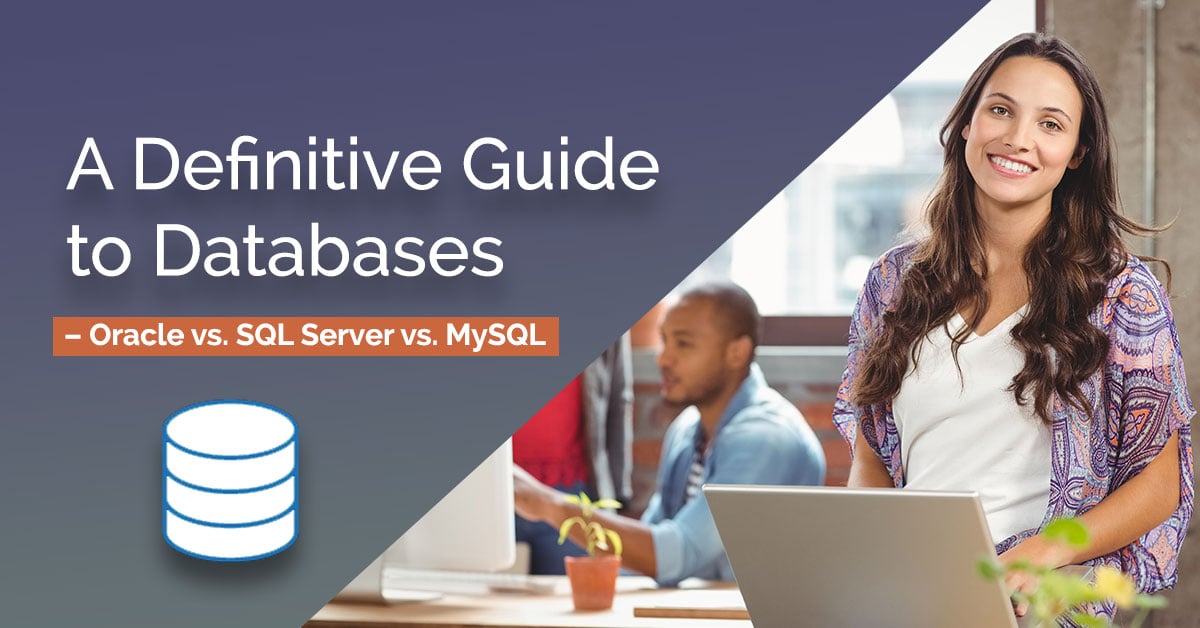 The Relational Database Management System or RDBMS has become the standard database system since its evolution in the year 1980. A number of industries are using the database for their business operations and to manage voluminous data storage too.

This post discusses the three most popular databases that are Oracle, SQL Server, and MySQL. This comparison will help you in understanding the history and features of each database on the basis of which you can decide which database you should use and can take your decisions easily. We will also discuss what this database does and how are they implemented?

There are many databases in the market and when it comes to choosing any database for the project then you must know the difference between the popular ones and top 3 databases of the market that are SQL Server, Oracle, and MySQL. Currently, RDBMS is like a backbone of the software system.

It was introduced in the 1980 and so in this article, we will discuss the evolution of these three databases and their features. Before we move ahead in depth, let us have a quick look at the comparison of Oracle, SQL Server and MySQL i.e. Oracle vs. SQL Server vs. MySQL.

A Quick Comparison of Oracle, SQL Server, and MySQL

In the table above, we have discussed the comparison of MySQL, SQL server, and Oracle databases in brief. For detailed guide, go through the blog and analyze how they are different and suitable for your business operations.

Read: Oracle- Perfect Choice For The Success of an Organization

A Quick Introduction to Oracle Database

Firstly, RDBMS with as developed by Oracle Corporation in 1980 and it was used for commercial purposes and in the next version it was released for IBM computers. In 2011 Oracle acquired nearly 50% of RDBMS market as per Gartner. It was the first company that developed commercial level software or RDBMS to manipulate data by using query language.

At first, Oracle released Oracle2 that supported only basic SQL features, assembly language was used to write this software. After that, for next 10 years, Oracle just released updates of this software, each time the new updates were closely related to the market requirement. Therefore, Oracle remains at the top throughout this period.

Oracle versions were scalable, distributed, portable and programmable. Like when it was released in 1985 to support the client-server model that was as per user expectation and later JVM or Java Virtual Machine was also included to support the digital era.

In the year 2000, Microsoft released SQL Server 2000 in which original Sybase code was completely replaced. Just like Oracle, Microsoft was also trying to enhance the features of SQL Server to keep up with the current market requirements and changing technology trends. For this purpose, Microsoft launched the SQL Server 2005 that supports XML data. Apart from this, other features that were added enhanced compression, the support for structured and semi-structured data, several add-on products to support other marketing products. The last version of SQL Server that is SQL Server 2012 was provided to support the native OLE.

Some of the beneficial features of SQL Server are listed below:

A Quick introduction to MySQL database

In comparison to Oracle and SQL Server, MySQL has two other unique aspects one is that it was not released for commercial use and other is that it is an open source database. It has over 10 million installations as per market reports, it means that it is getting much popular among several businesses. The digital age has given the database a competitive space and it has become popular among developers.

The original version of MySQL was developed in 1990 and the major changes were done in 2010. The features that were added in MySQL were custom partitioning, semi-synchronous replication, improved support for SMP and updates to InnoDB I/O subsystems.

Apart from the features that are pointed out in the above table, there are some other points on the basis of which we can compare these three databases. They are listed below:

Apart from this, there are three other factors on the basis of which we can compare this database. They are the language that is used by them as the main feature of any RDBMS is the language that it uses to execute queries and how it impacts the database performance. Although all three databases use SQL or structured query language, SQL Server also uses T-SQL that is developed by Sybase and is an extension of SQL, while Oracle uses PL/SQL or procedural programming language.

Both languages have different syntaxes and capabilities. The main difference between these languages lies in the way they handle stored procedures, variables, and built-in functions. In Oracle PL/SQL the procedures can also be grouped together into packages that cannot be done in SQL Server, it can be therefore a bit more complex and much powerful, while T-SQL is quite easier to implement. On the other hand, MySQL uses the light version of T-SQL and a combination of procedural languages.

Another factor or feature for which we can compare these databases is transaction control. A transaction is basically a set or group of more than one instructions that are executed altogether as a single unit. SQL Server and Oracle differ majorly here like in SQL Server each command is committed and executed individually and can’t be rolled back if any error comes. For statement grouping, you can use “BEGIN TRANSACTION” command and to commit you can use the "COMMIT" command. A ROLLBACK command is used to discard any change that is done in the transaction block.

In Oracle, each new connection of database is treated like a new transaction. For all queries and command execution, the changes are made only in memory that remains in cache. Without any explicit COMMIT statement, nothing is committed. The changes made in database remain in cache and are initially made in memory. When a COMMIT is performed than just by a new instruction a new transaction is started. In this way, a greater transaction feature is offered to the developers and error control can also be done easily.

In the case of MySQL, transactions are handled by InnoDB. It is a storage engine and by default is available in MySQL. It also provides ACID-complaint features like foreign key support and transaction handling.

This comparison shows that how close these three databases are as per their features and properties. As per your requirement and situation you can use anyone that suits more. Every database has some beneficial features that may be used by the enterprises and can be helpful for them as well. These features are not a smaller one, even they can enhance the database performance as well. 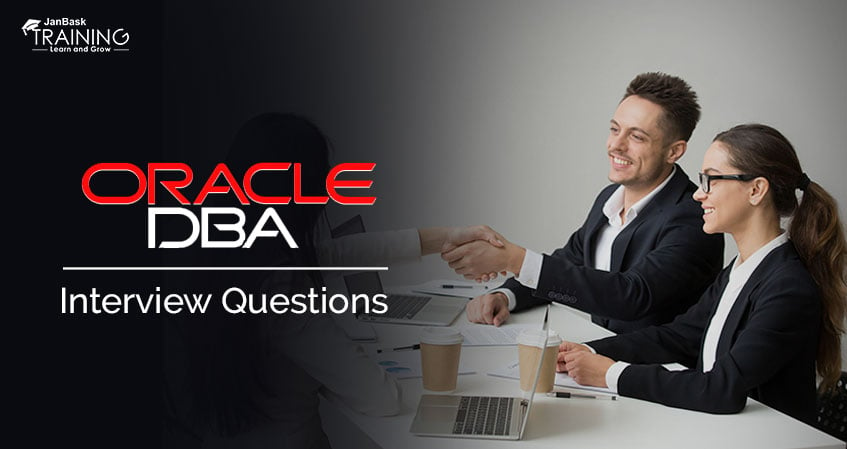 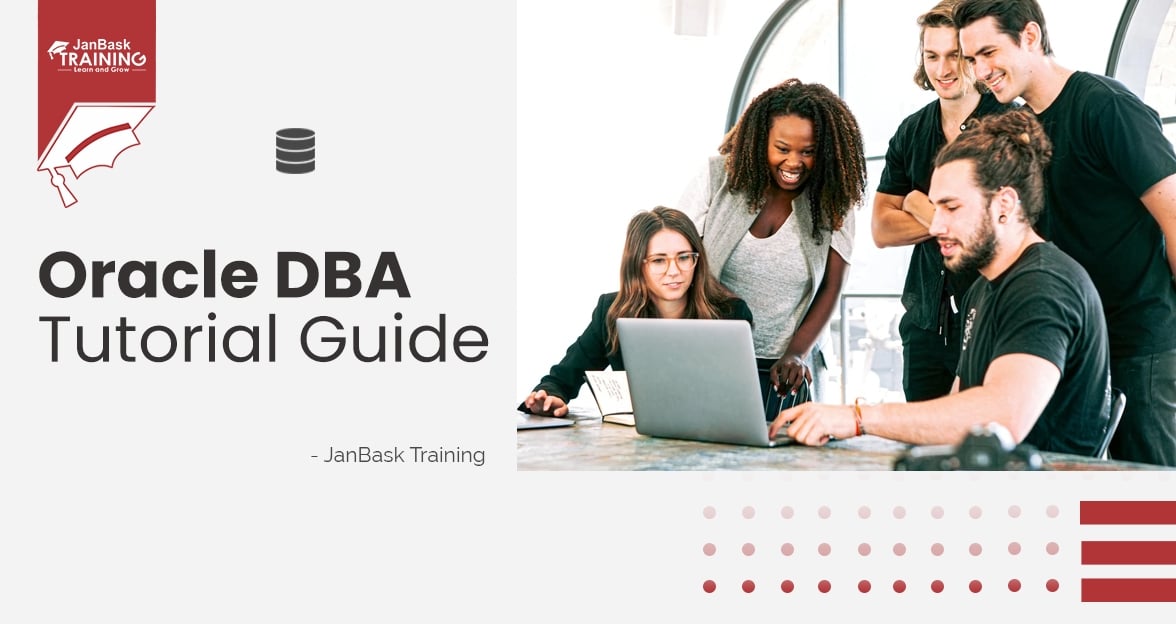 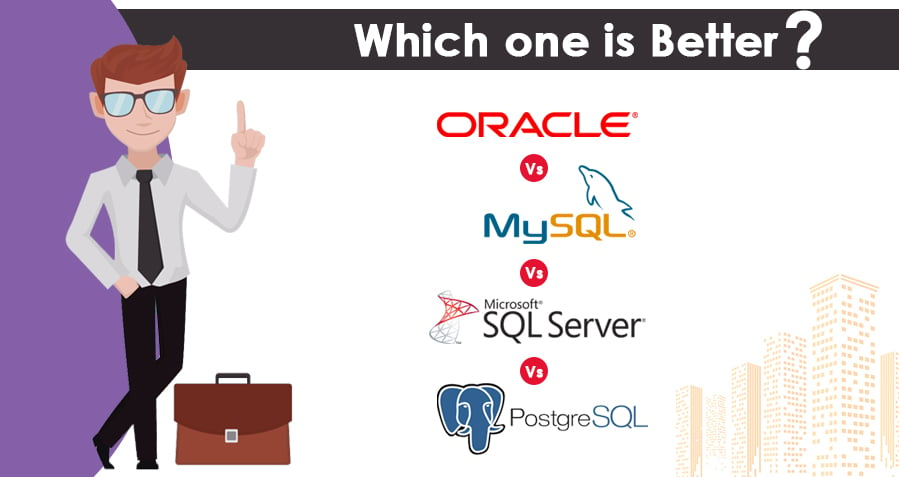