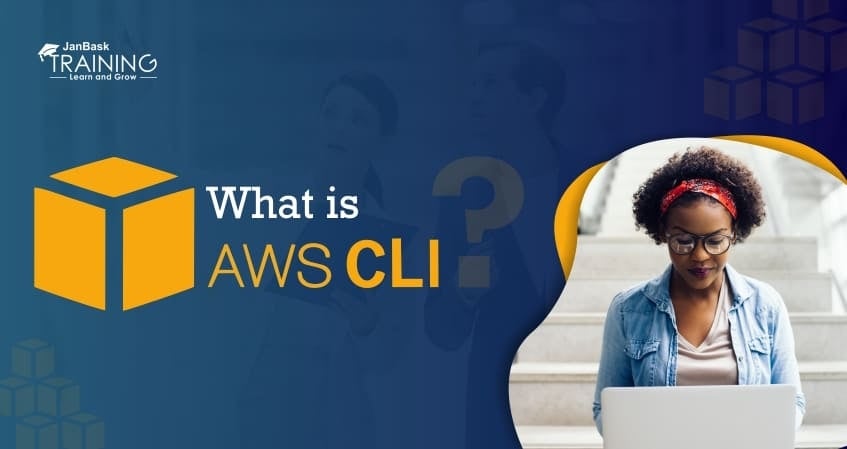 Amazon Web Services is one of the top market leaders in the era of cloud computing. It helps in the different sectors of technology like gaming, data processing, data warehousing, development, etc. Amazon’s Command Line interface is also the top eye-catcher of the browser console. Using the command line interface, a developer can type a command to designate a profile, region, or output format that is different than default configurations. Today, we’ll discuss the basic terminology associated with AWS CLI, its usage, installation, and a few of the AWS CLI commands. Before you proceed further, consider going for a trending AWS Certification Course.

What is AWS CLI?

The AWS CLI is an open-source tool that enables you to communicate with AWS services using commands in your command-line shell. You may start using the functionality of AWS CLI with theminimal configuration only. The AWS CLI manages your AWS services from a terminal session on your own client and allows you to control and configure multiple AWS services. However, to be a reputed AWS professional much depends on the certification you hold, consider going for industry-recognized Cloud computing certifications. 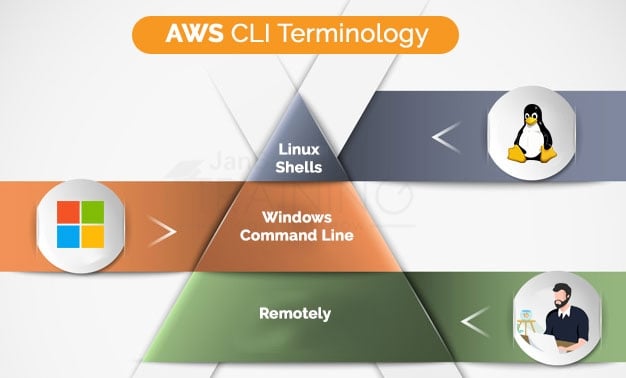 However, if you are a beginner and want to know how to create your own first amazon ec2 instance and gain in-depth knowledge on What Is AWS Lambda? We recommend you check out these blogs.

Pip is the primary distribution method for the AWS CLI on Linux, Windows, and macOS. This is said to be a package manager for Python that provides an easy way to install, upgrade, and remove Python packages and their dependencies.

On Windows, you can also use the MSI installer. Both of these methods simplify the initial installation. However, the tradeoff is that it's more difficult to upgrade when a new version of the AWS CLI is released.

You can perform the following steps from the command line to install the AWS CLI using the bundled installer:

In the context of AWS CLI, AWS Step Functions were one of the most applauded announcements in 2022 which lets you coordinate multiple AWS services into serverless workflows to build and update apps quickly. Check out the AWS Step Functions Concepts with Example to gain complete insight o this domain.

The AWS CLI is updated frequently with the support for new services and commands. If you have already installed pip and a supported version of Python in your system, then you can install the AWS CLI by using the following command. If you have installed Python version 3+, then it is recommended to use the ‘pip3 command’.

The --upgrade option notifies the pip3 to upgrade any requirements that are already installed.

The --user option notifies pip3 to install the program to a subdirectory of your user directory to avoid modifying libraries used by your operating system.

Upgrading the Latest Version of the AWS CLI

The AWS CLI is updated frequently to add support for new services and commands. If you want to update the latest version of the AWS CLI, run the install command again.

If you need to uninstall the AWS CLI, then use pip uninstall.  $ pip3 uninstall awscli If you don't have Python and pip, use the procedure for your environment.

The installation of AWS Command Line Interface (AWS CLI) can be done on Windows by using a standalone installer or pip, which is a package manager for Python. The AWS CLI is supported on Windows XP or later. For the users of Windows, the MSI installation package can be used as a convenient way to install the AWS CLI without installing any other prerequisites. When you find the release of updates, then you have to repeat the installation process to get the latest version of the AWS CLI. To update frequently, it would be better to consider  using pip for easier updates.

Note: The MSI installer for the AWS CLI doesn't work with Windows Server 2008 (version 6.0.6002). You have to use pip to to install with this version of Windows Server

Don't attach the prompt symbol (C:\>, shown above) when you type a command. These are attached in program listings to diﬀerentiate commands that you type from output returned by the CLI.

If Windows is unable to find the program, you might need to close and reopen the command prompt to refresh the path, or add the installation directory to your PATH environment variable manually.

The AWS CLI is updated regularly. If you want to update your previous AWS CLI to the latest version, download and run the MSI installer again, as described previously.

You can also originate the Programs and Features program from the command line with the following command:

Now, that you have got a taste of this, take this 2-minute free AWS Quiz to check your Cloud computing knowledge and stay updated with the latest updates and innovations in AWS.

Installing the AWS CLI on Linux

The installation of AWS CLI and its dependencies on most Linux distributions  is performed by using pip, a package manager for Python.

The AWS CLI package can be availed through various repositories for other package managers like apt and yum, but you cannot get the latest version unless you get it from pip or use the bundled installer.

Run pip -- version to see if your version of Linux already includes Python and pip. It is recommended to have Python version 3+ installed in your system so that you use the pip3 command.

If you don't already have pip installed, check which version of Python is installed in your system.

Tip: AWS is a big domain with multiple career options. Yet, for the maximum impact learning, AWS from scratch is important, check out our complete AWS Training & Certification Guide for a rewarding career ahead

The paths that show up depending on which method you used to install the AWS CLI.

Note: Folder names that include version numbers can vary. The examples above reflect the use of Python version 3.7. Replace as needed with the version number you are using.

To modify your PATH variable (Windows)

Important: The bundled installer doesn't support installing on the paths that contain spaces.

If you have not installed Python in your system or, if you want to install a diﬀerent version of Python, then follow the procedure  of installation of of the AWS CLI on Linux. Further, if you are looking to garner more information, check out our blog on How to use Amazon EKS and deploy a Kubernetes application to gain better insight.

How to use AWS CLI?

You can take help from the command line to view the supported services,

the operations for a service,

and the parameters for a service operation.

So, this is how to use AWS CLI. Joining JanBask Training can help you learn more about the platform and get a better understanding of it

(Optional) If provided, lists only the specified command.

(Optional) One or more filters. Use filters to return a more specific list of results.

You can use the service operation based on the JSON string provided which follows the format provided by --generate-cli-skeleton.

A token to specify where to start paginating. This is the NextToken from a previously truncated response.

The size of each page to get in the AWS service call. There is no effect on the number of items returned in the command's output by using this command. This command can set a smaller page size results in more calls to the AWS service by retrieving fewer items in each call. This can help in the prevention of AWS service calls from timing out.

It prints a JSON skeleton to standard output without sending an API request. If there is no value or the value input, then it prints a sample input JSON that can be used as an argument for --cli-input-json.

It is the user-defined criteria for sending commands that target instances that meet the criteria.

It is a user-defined criterion that maps to Key. For example, if you have specified tag: ServerRole, you could specify value: WebServer to run a command on instances that include Amazon EC2 tags of ServerRole, WebServer.

The date and time the command was requested.

The status of the command.

A detailed status of the command execution. StatusDetails includes more information than Status because it includes states resulting from error and concurrency control parameters. StatusDetails can show different results than Status.

StatusDetails can be one of the following values:

(Deprecated) You can no longer specify this parameter as the system ignores it. Instead, the Systems Manager automatically determines the Amazon S3 bucket region.

It is the S3 bucket where the responses to the command executions should be stored. This was requested when issuing the command.

It is the S3 directory path inside the bucket where the responses to the command executions should be stored. This was requested when issuing the command.

It is the number of targets for the command.

It is the number of targets for which the command invocation reached a terminal state. Terminal states include the following: Success, Failed, Execution Timed Out, Delivery Timed Out, Canceled, Terminated, or Undeliverable.

It is the number of targets for which the status is Failed or Execution Timed Out.

It is the number of targets for which the status is Delivery Timed Out.

It is the IAM service role that Run Command uses to act on your behalf when sending notifications about command status changes.

These are the different events for which you can receive notifications. These events include the following: All (events), InProgress, Success, TimedOut, Cancelled, Failed.

The CloudWatch Logs to the information where you want the Systems to send the command output.

The name of the CloudWatch log group where you want to send command output. If you don't specify a group name, Systems Manager automatically creates a log group for you. The log group uses the following naming format: AWS/ssm/SystemsManagerDocumentName.

This command sanctions the Systems to send command output to CloudWatch Logs.

(Optional) This is the token for the next set of items to return.

AWS is a secure cloud service platform that offers infrastructure services to developers. On the other hand, AWS CLI is like honey for the bee that controls all those services together into a simple command-line interface and eases the task of the developer. So, gear up and give a jumpstart to your AWS professional career by enrolling yourself in a comprehensive AWS Certification Course, today!  If you have any questions for us? Feel free to ask or talk to our counselor; we’ll get back to you! Also, don’t forget to join the professional JanBask AWS Community to get professional guidance and the best career advice. 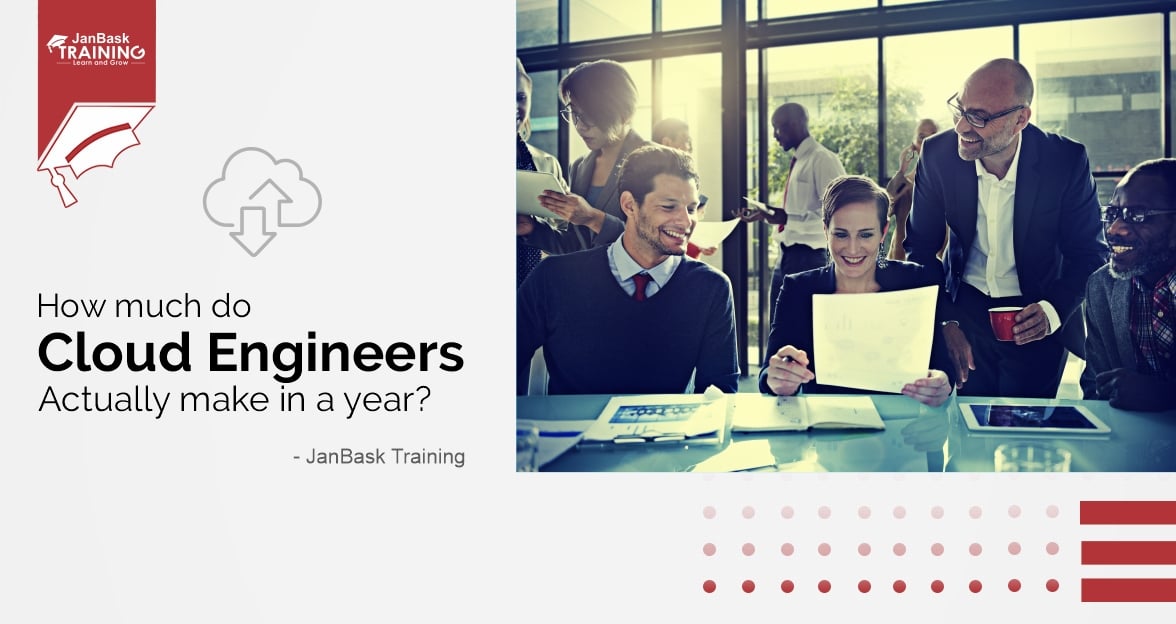 How Much do Cloud Engineers Actually Make in a Year? 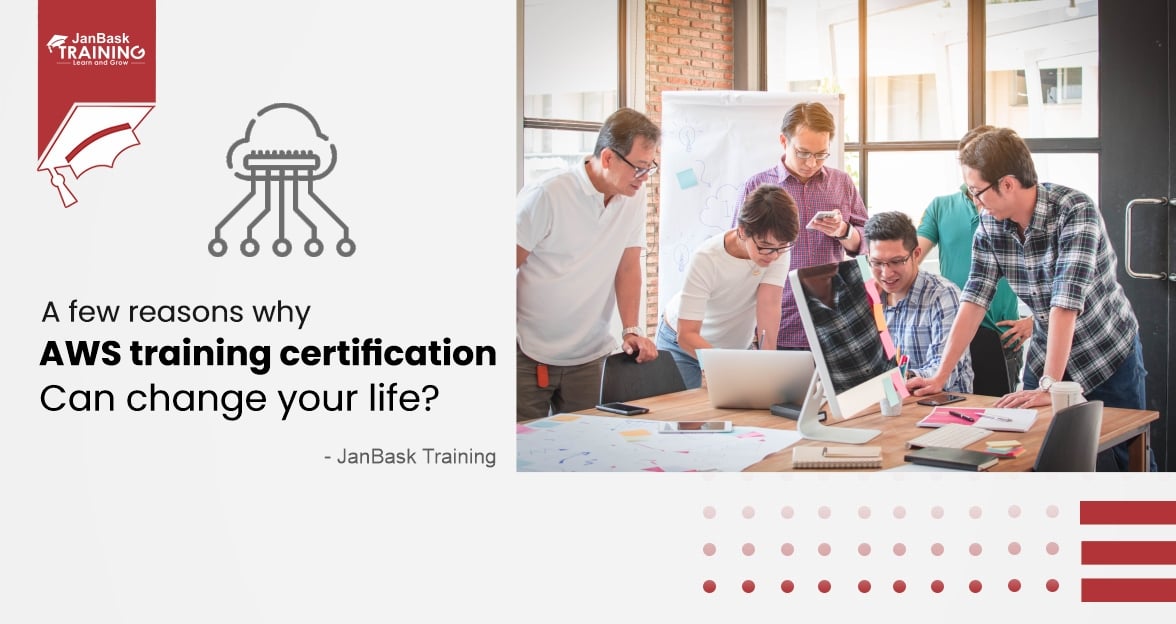 Best AWS Certification Course to Get Started in 2023 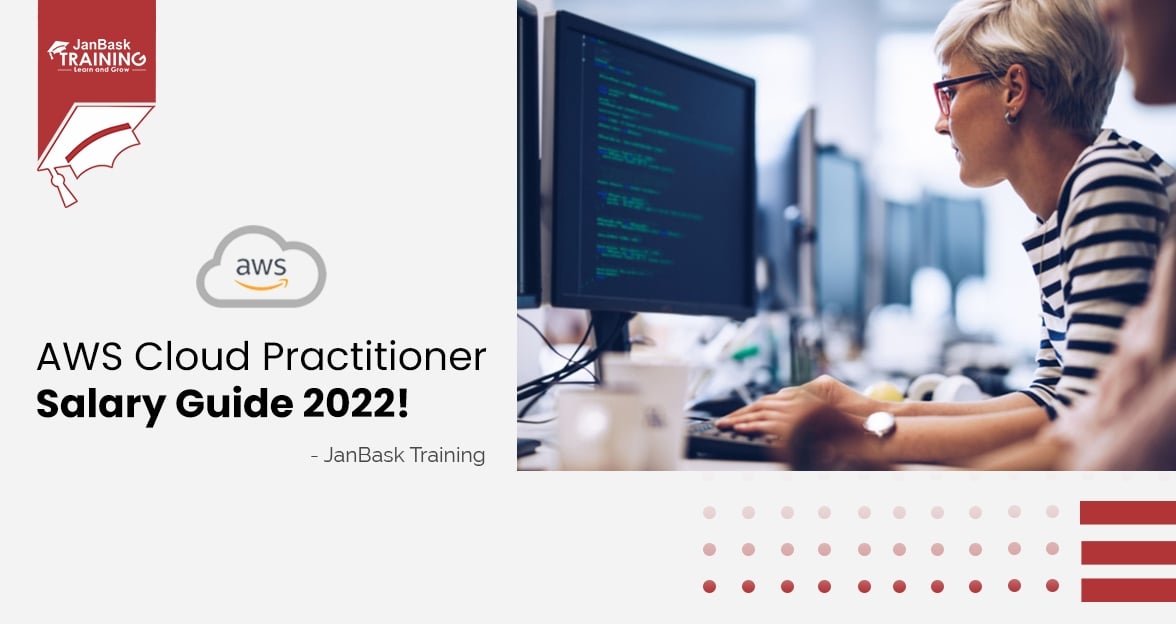 How Much do Cloud Engineers Actually Make in a Year?

Best AWS Certification Course to Get Started in 2023