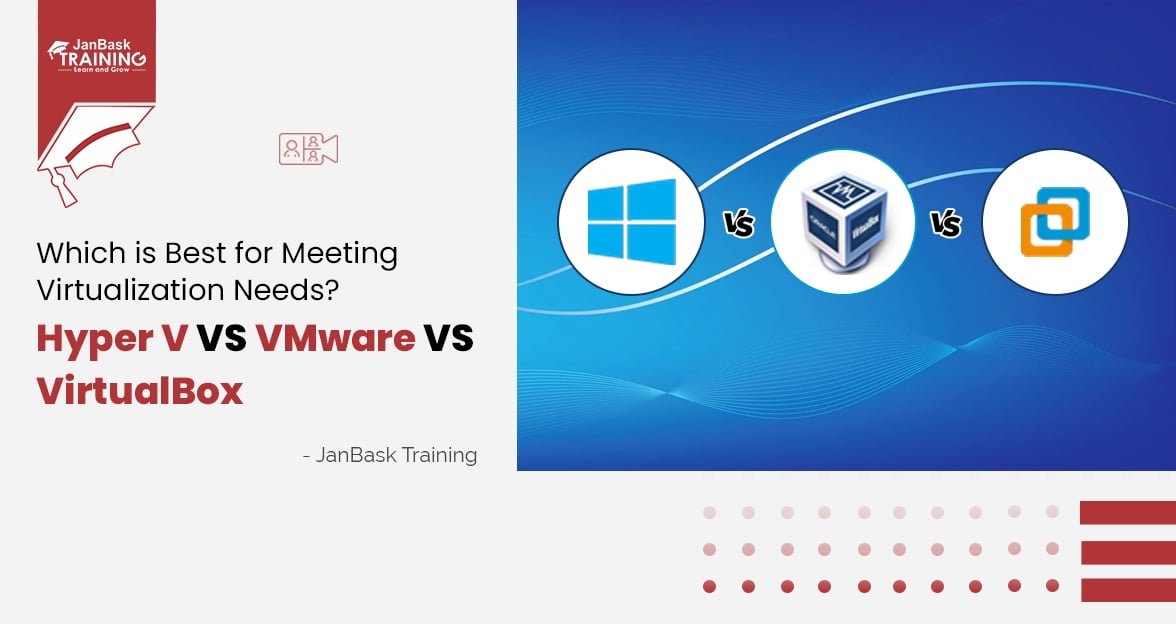 Don’t know how to choose between VirtualBox, VMware Workstation Player, and Hyper-V is difficult. This complete guide on three virtualization concepts helps you with an in-depth Hyper-V vs VMware vs VirtualBox comparison.

In this era of virtualization, desktop virtualization is enormously leveraging the IT industry. The new IT trend involves storage, backup, and many more emerging and advantageous concepts and one of them is Virtualization. Through virtualization, various systems can be executed simultaneously collectively through a single device.  It is quite useful from a number of perspectives and a few of them are: 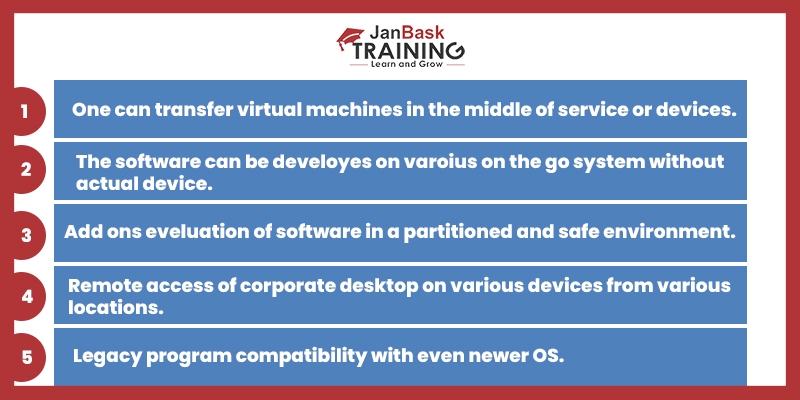 Coarsely speaking approx 80% of x86 servers have been virtualized and even an average machine can easily run 16 VMs simultaneously. By comparing Hyper-v, VMware, and VirtualBox a desktop device based on the x86 platform is provisioned.

Today, we are going to talk about and compare the three most popular virtualization concepts include Hyper-V, VMWare, and VirtualBox.  we will cover the following comparisons between all of these three visualization technologies including:

Read More: How to install VMware Tools on Ubuntu

Let’s start with an overview

Overview of VirtualBox, VMware, and Hyper-v

Among all of the above listed three virtual system technologies, Hyper v is known as type 1 hypervisor, while VMware and VirtualBox are known as type 2 hypervisors. hyper v vs VMware difference can be spotted easily by their process. A small description of both the hypervisors is given below:

VMware is also a hypervisor-based server virtualization platform created by VMware that allows you to run multiple virtual machines on the same physical hardware. VMware allows multiple copies of the same operating system or several different operating systems to run on the same x86-based machine simultaneously

VMware is a set of associated tools and applications and is not a single product. It can be used to manage mobile or handheld devices, to set up any private cloud in your corporate network, and to virtualize any stuff. The workstation stuff is free and available as a trial version. After its expiration, you may be asked to provide the license key in order to use it. You can create encrypted virtual machines and manage even complex OS.

Oracle VM VirtualBox is a free and open-source hosted hypervisor  that enables developers to deliver code faster by running multiple operating systems on a single device and facilitates  x86 virtualization,

This is also an open-source and core application, which is available under a general public license. An additional upgrade package is free for a longer time period or under the PUEL. VirtualBox is used to provide a virtual version of any operating system.

Hyper-V is Microsoft’s hardware virtualization product that enables you to create and run a virtual machine (VM). Virtual Machine is nothing but a software version of a computer. Hyper-V can have multiple virtual machines, each with its own operating system (OS), and allowing all VMs to run these multiple Operating systems simultaneously and eliminate the need to dedicating a single machine to a specific OS.

Hyper-V vs VMware vs VirtualBox Microsoft deployed Hyper-V as a competitor of Windows Server 2008 and it was deployed for 64-bit machines. It was a cost-effective and appealing machine for a number of enterprises, especially for those which has Windows OS.

VMware vs VirtualBox: Which is Much Better for Virtualization?

VirtualBox can work on Linux, Windows, Solaris, macOS, and FreeBSD.

VMware Player and Workstation work on Linux and Windows. But for macOS, you need to install VMware Fusion/Fusion Pro.

A virtual machine (VM) snapshot captures the state and data of a virtual machine at the specific time when it is taken. By taking snapshots, you can save a copy of the VM disk file (VMDK). While VirtualBox provides a free snapshot feature, while VMware has this feature on its paid products (not on the free VMware Player).

A virtual disk is a file or set of files that appears as a physical disk drive to a guest operating system. VMware supports Virtual Machine Disk (VMDK) on the other hand, VirtualBox supports:

Network Modes supported by VMware are:

VirtualBox can only support 3D graphics up to OpenGL 3.0, Direct3D 9, and requires manually enabling 3D acceleration. Offer limited video memory to 128 MB. While VMware leads in the case of graphics support. It provides 3D graphics with DirectX 10 and OpenGL 3.3 support for all of its products and additionally provides video memory of up to 2 GB. Hope this VirtualBox vs VMware comparison helps you choose the best suitable one. Both VMware and VirtualBox have their pros and cons choosing the best among the two entirely depends on what you expect from your virtual machines. For example,  if performance is your concern area, VMware’s virtual machines run faster than their VirtualBox counterparts.

Hyper V vs VMware: Which One is Much Better for Virtualization?

7.Hyper-V vs VirtualBox: Ease of use

VirtualBox installation method is the most common and easy to done process while Hyper-V also integrates well with Windows infrastructures, and is simple to use once it has been implemented, its integration can be simplified by using PowerShell cmdlets

VirtualBox is open-source software, available for free. It has been released under the terms of GPL version 2 licensing. While Hyper-V is also free to use but for that, you must have hardware running the correct version of Windows as the host operating system.

Hyper-V is a type 1 hypervisor while VirtualBox is a Type 2 hypervisor and both are attractive solutions for virtualization, and the choice between them may be difficult. Depends on the condition, if you are using a Windows-only environment, Hyper-V is the only option. But if you are in a multiplatform environment, VirtualBox could be the right choice for you.

Final Thoughts On Hyper-V vs VMware vs VirtualBox

Through virtualization, organizations can technically improve their efficiency even without increasing their budget. As per your preference you can opt for any of the available virtualization applications. These applications are available as licensed and in trial versions for a certain time period.

Hope this comparison of Hyper-V vs VMware vs VirtualBox helps you choose the best of the three most popular virtualization platforms. You should make a decision right for your use case after examining all the factors.

Want to add something to this Hyper-V vs VMware vs VirtualBox comparison?