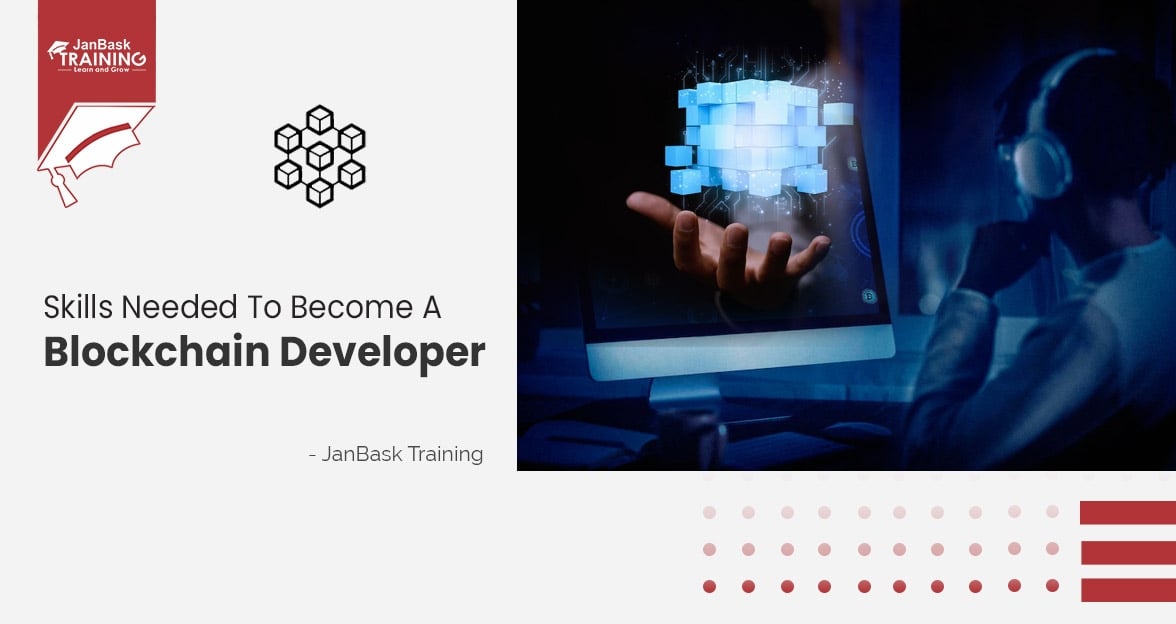 Debuting in 2008, blockchain is redefining the web world. It is fast making inroads into various industries beyond its source of origin, cryptocurrency. Blockchain technology is growing at an unprecedented rate, powering innovative ideas and concepts in the financial sector and laying new foundations for economic and social systems. From a security perspective, it's breaking new ground. As a result, its demand has increased, so it needs skilled blockchain developers. This demand has inspired many people to consider and opt for a career in blockchain development & opt for advanced programming courses.

So, for the uninitiated, let’s first understand the basics of blockchain.

Blockchain is a digital system that enables people (who may not know each other) to engage in trusted transactions with complete trust and confidence in the veracity and integrity of the assets being exchanged.

In other words, distributed ledger technology (DLT) – is a digital system that stores and manages the record of sender IDs and templates. It eliminates any point of failure and keeps a temper-proof track of the transactions and assets in a business network.

Validate your skills and become an expert in Blockchain technology with our comprehensive Blockchain tutorial for beginners.

But what's with "blocks"?

A blockchain consists of blocks - each containing a transactional data unit. The blocks are stored sequentially and linked together by cryptographic hash. The hashing process makes it difficult to change a block's data once it has been added to the chain, which results in a highly secure and unchangeable system.

Getting its start with Bitcoin, blockchain is increasingly proliferating into industries like banking, healthcare, education, telecommunications, retail, energy, and financial services. Global giants like Oracle, Amazon, IBM, and Microsoft are also recognizing and promoting the benefits of blockchain. IBM is leading the way and has equipped supply chain networks with blockchain technology. Laying the groundwork for revolutionary development in specialized and advanced sectors, blockchain has resulted in a slew of new work prospects for techies and programmers. Companies need qualified and skilled blockchain developers to build their networks and applications. Let's get an in-depth understanding of the roles, responsibilities, and skills required to be a specialized blockchain developer.

Who is a Blockchain Developer?

Let's now look at the top 6 skills required to be an ace blockchain developer:

Since blockchain is still evolving and different organizations have different requirements, blockchain skills may have to be tailored to a specific company's needs. Skills acquired through excellent theoretical and practical training can catapult your career to another level. Our Blockchain Online and Certification Training provide a hands-on learning experience that makes you industry-ready. However, there are six must-have skills that every blockchain developer must possess.

Smart contracts are self-executing contracts enabling two parties to exchange goods and services without an intermediate entity. Smart contracts have become essential to blockchain implementations, and developers should thoroughly understand what they are and how they administer and support the business rationale. The decentralized structure of blockchain adds to the productivity of smart contracts.

Developers who want to make a career in blockchain development should know intelligent contracts and their relevance in business. Blockchain developers should also be well-versed in the programming languages commonly used for smart contracts, such as Chaincode, Viper, and Solidity. Solidity is the best introduction to the blockchain world, and JanBask Training provides the perfect platform for aspiring developers.

Cryptography is a method used to design processes and algorithms to prevent a foreign entity from decoding, reading, and learning content from personal messages throughout a communication session. Effective cryptography is essential to providing a secure blockchain environment, and developers should have a solid foundation in cryptographic concepts and practices, including keys, wallets, and digital signatures.

A wallet is essential for any cryptocurrency transaction. Every wallet has a key, which indicates the wallet's owner. Also, encoding digital security measures, such as block ciphers, message integrity, and authenticated encryption is an essential skill to master. With computers becoming smarter and more sophisticated, cryptography is predicted to gain relevance as one of the top blockchain developer skills in demand.

Knowing how to create a set of instructions for an application to follow are essential to a developer's toolkit. Because of the emergence of cybersecurity, developers should learn how to write hack-proof code. Learning Java, C++, Solidity, and Python, the most commonly used languages in creating blockchain domains, is an excellent place to start with. You can enroll yourself in Python learning and certification to get started now. Also, a bonus is languages like JavaScript, Scala, Simplicity, Ruby, Go, Rholang, Rust, and PHP.

Blockchain interoperability allows different blockchain protocols to communicate actively with each other. Therefore, different chains can interact and share data, making it easier to use different blockchain networks. Let's consider the familiar analogy of emails. We send emails every day, and one of the essential functions of all email systems is someone with an Outlook account can send emails to someone with a Gmail account.

One of the most fundamental ways to accomplish interoperability between blockchains is to make data capacity transfers seamless and more effortless. Blockchain interoperability is accomplished by using application programming interfaces (APIs), which are developed to accommodate information to be exchanged with each other. Newer projects are slowly buying the idea as they try to build platforms that can communicate with each other without the interference of a third party.

Blockchain interoperability should go a long way in eliminating intermediaries or third parties synonymous with centralized systems. The ability of different decentralized networks to communicate with one another without any intermediaries should thus go a long way in giving a push to fully decentralized systems. Many developers are already working on optimal solutions with the ever-growing need to enhance the connection between various blockchain networks. The number of blockchain interoperability projects is on the rise as a result as blockchain developers look to accelerate blockchain mass adoption.

If you are an aspiring blockchain developer and don’t know where to start, enroll at JanBask Training or join a demo class. You can also talk to one of our counselors for guidance.

Best wishes now that you embark on your journey to becoming a blockchain professional along the path outlined above. Also, if you are looking for a professional blockchain online certification & training, you can start at JanBask Training.

To clear off even the slightest of your doubts, we have compiled a list of FAQs for you.

Q1. How to become a blockchain developer, and how do I start my career in blockchain?

A great starting point is ensuring you have good programming languages and web development knowledge. Before enrolling in a certificate course in blockchain technology, you should also read about cryptocurrency to kickstart your blockchain career. These are the basics of blockchain, and feeling comfortable with them will give you a good grounding and show future employers that you already have the skills to make it in the technology world.

Specializing in developing blockchain platforms would also be a massive plus on your resume and make you an even more valuable candidate for blockchain development roles.

Q2. Which language is best for blockchain technology?

Besides the languages mentioned above, Solidity is the best language to learn for blockchain developers.

Q3. Do I need a formal degree to become a blockchain developer?

Not necessarily. All you need to do is complete a certification course and have a strong skill set.

Yes, coding is needed to become a blockchain developer. You can learn to code in Java, C++, or Python. Get end-to-end learning with our online Java certification program.

Q5. What are the additional skill sets required for a blockchain developer?

Besides the must-have skills mentioned above, blockchain developers must be familiar with platforms like Linux and Ethereum. They must exhibit good real-world problem-solving skills. They must have an eye for detail.

Q6. How to learn blockchain development?

Start with a certified learning course and get proficient with tech skills. Understand the basics of blockchain and learn about cryptonomics. Learn the skills mentioned above, like smart contracts and languages like Solidity.

Q7. How to become a blockchain developer?

Here is the quick process to become a blockchain developer --

Because of its perceived complexity, blockchain may seem like a tough technology to learn. But with the right prerequisite skills, one can master in blockchain and pursue an exciting career.

Q9. How do I get my first blockchain job?

To achieve your first blockchain job, you need to be highly skilled in computer programming and hold a strong mathematical skills. besides, having some experience in economics and finance is great. Think of gaining a relevant certification to ensure successful career in blockchain technology.

Q10. Is blockchain the future?

Because of standing in its embryonic stage, Blockchain has a lot of scope for evolution in the near future. And since blockchain is still undiscovered by many, you can find lesser competition in the field in terms of career opportunities. 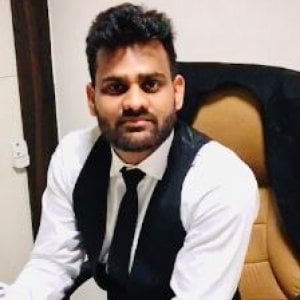 With his detailed research and unique insights into IT and Technological trends, Shubham has been producing high-quality and engaging content that meets the standards of its end-users. 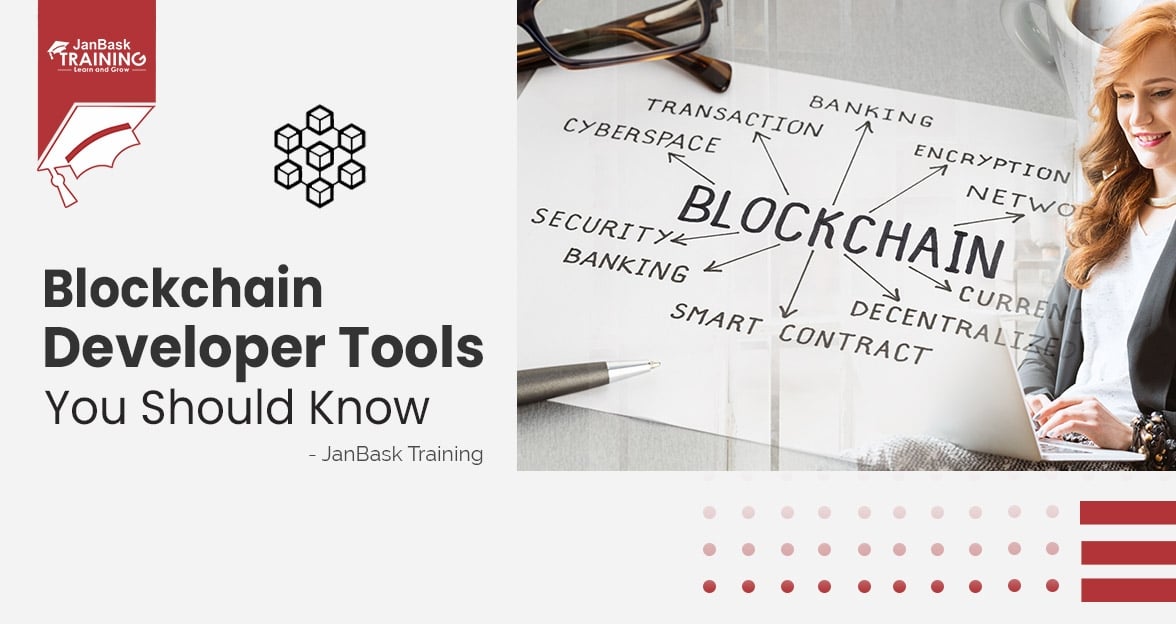 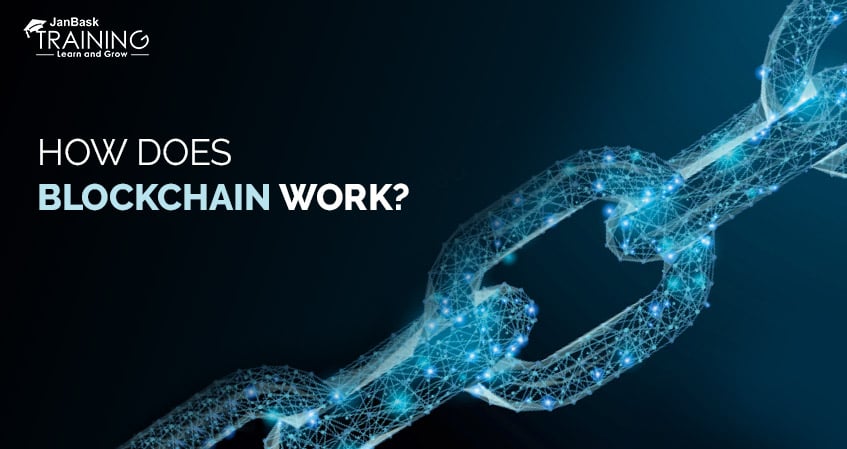 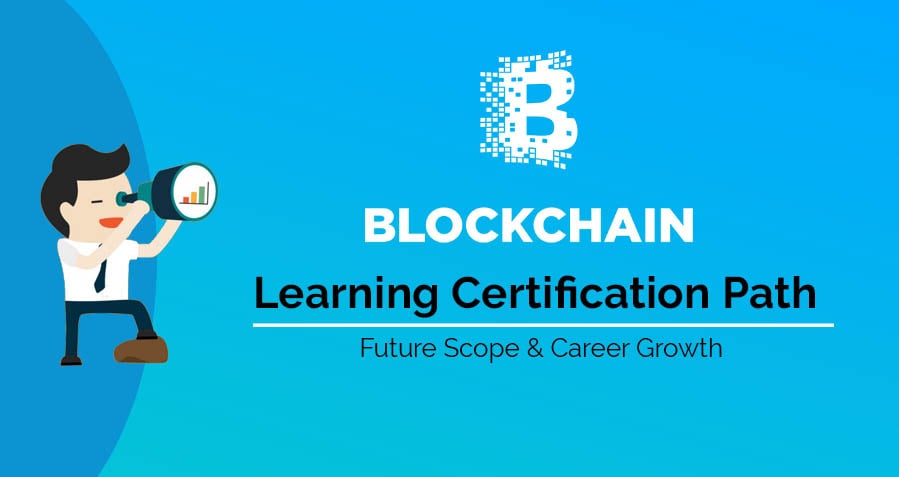